3 Ninja Tricks You Should Use For More LinkedIn Endorsements

About 3 years ago LinkedIn endorsements changed from the long-hand version to the shorter, more controversial version.

At the same time I caught a cold.

I don't really think correlation = causation, but you never know.

I was waiting for Christmas to arrive and sitting at home in my office, feeling sorry for myself and I decided that I wanted to try to boost my LinkedIn endorsements and connections.

At the time I was sitting at around 2,000 connections, which wasn't too shabby, but as someone who had spoken at multiple conferences around the world for the previous 7 or 8 years I felt I could do better.

So I set about adding people, like a frenzied madman I added.

I soon discovered that if you get too many rejections you get flagged as a spammer.

Clearly I had not made as much of an impression on the people I added as they had on me. So that was lesson number 1.

Fortunately, I heeded the notice and stopped adding people. I had people adding me, which I think then put my account back in good stead, so I continued to add people, but I made sure that in every instance I added a personal greeting of how we knew each other. Something along the lines of :

Hey Jim, we met at the recent Pubcon event in Las Vegas. I would like to add you to my personal LinkedIn network. Jim Banks

It's important to note also, that in most cases people use a non-work related email address for their LinkedIn account, I guess they are concerned about spammers hitting them up.

But, if those people are like me, they might not check their hotmail account that often, so the requests might sit for a while, which I am sure sends a signal to LinkedIn that you are back spamming.

I then discovered that you can actually move sections of your LinkedIn profile around so the sections that YOU think are important can be at the top of your profile and the less important (in my case educational qualifications) can be moved to the bottom.

Working on endorsements is a professional activity that I undertake every day for about 15 minutes.

I select a bunch of connections that I know have the skills suggested and endorse them for it.

A little flattery goes a long way, guess what, a lot of those people endorse you back.

I take it one step further and send them a message, thanking them for the LinkedIn endorsements.

As of today I have 11 skills (out of the 50 that you are allowed to choose) with 99+ LinkedIn endorsements. 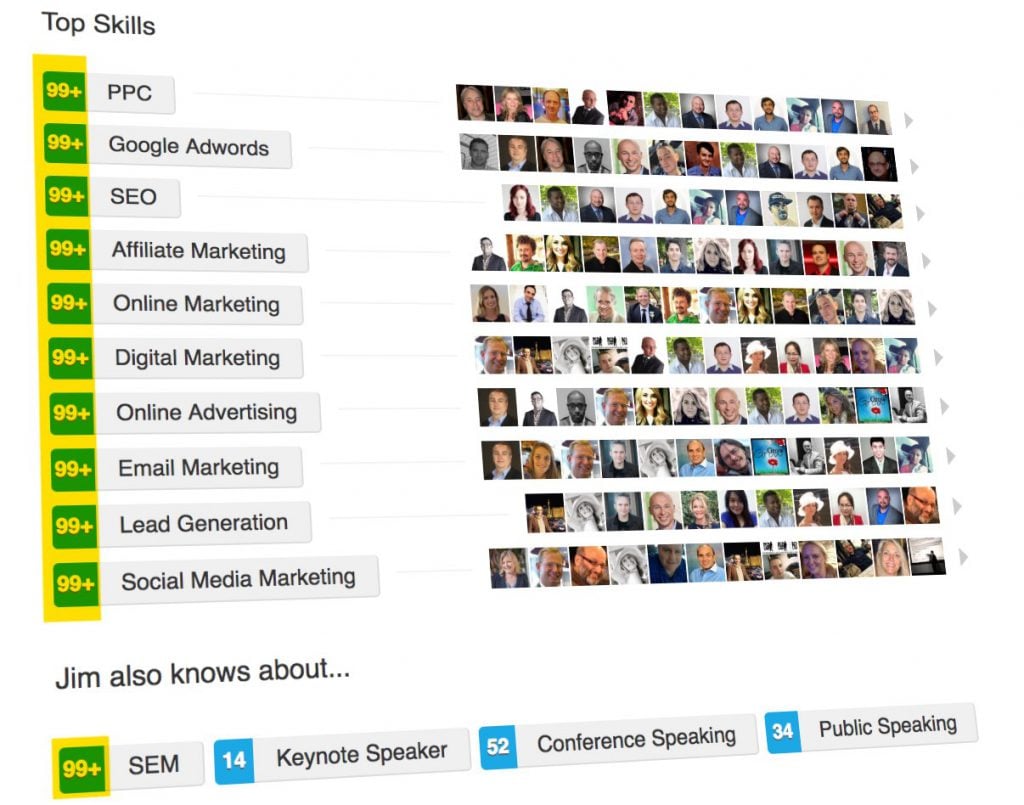 I've moved the top skills section up my profile to feature it first.

I've also moved the skills around so the ones I am more interested in feature at the top.

The thing with skills, is it's very easy to allow comedy to take over. So, just keep an eye out on your skills, or you too could be the world's leading "long hair" specialist, like Emma below...

According to LinkedIn, I still have an All-Star profile, but I actually think they say that to everyone.

LinkedIn have always been the master of ego bait. But I'll keep on biting. 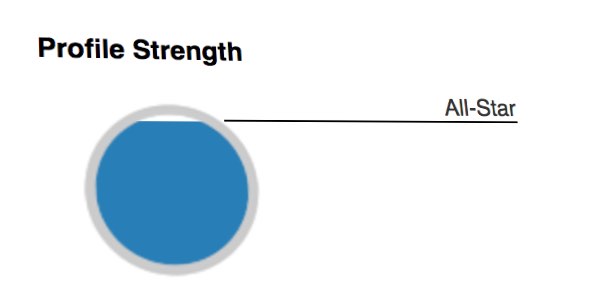 For now, I am going to leave you with a video which I made to highlight some pretty cool things you could do with LinkedIn if you are looking to get yourself more LinkedIn endorsements, or a new job, or new clients.

Would love to know if you have any tips you could share, leave a comment below if you do.

If you want to discuss how you can get help with your Lead Generation efforts using LinkedIn Ads then click the Get In Touch button and we'll do just that.

Jim Banks is the CEO of Spades Media. A keynote speaker who has worked with over 1000 businesses. Helped generate over 2 million leads for B2B companies and over $1.6 billion in ecommerce sales.

How Does The Composition Feature In Hubspot Work?